Donor Conception, Secrecy and the Search for Information

Over the past 50 years, assisted reproduction using donor sperm (and more recently, eggs and embryos) has been both celebrated – for enabling people to have children – and derided for religious, moral and social reasons.

In the 1960s and 1970s couples often felt ashamed about their infertility. They faced allegations that using donated sperm was akin to adultery and questions about whether the process was a “medical treatment” at all. They also worried about legal parentage, and rights and responsibilities for the child.

There was little consideration about the impact such secrecy and anonymity may have on donor-conceived people as they grew. In the 1990s and into the 2000s, many searched for information about their donors and siblings, but often to no avail.

Donors also wondered about the children they helped create, and recipient parents wanted information to share with their children, but were denied.

Over time, many jurisdictions (including all states and territories of Australia) passed laws to clarify the rights and responsibilities of parents and donors, and the legal status of children. Assisted reproduction became increasingly widespread and accepted.

In the 1990s and 2000s, there was growing recognition that children were entitled to know about the method of their conception, and to have access to information about their donor(s) and genetic siblings. In some jurisdictions, laws were passed to prohibit anonymous donation.

However, even in these jurisdictions, such provision did not guarantee information. Many people do not know they are donor-conceived, while others do not have the legal right to access information because they were born before the laws were enacted.

Many people conceived after laws were enacted still don’t have access to information about their donor.
val lawless/Shutterstock

In Australia, people conceived with sperm donated before laws prohibiting anonymity had access only if the donor consented (Victoria 1988-1998), or had to place their name on voluntary registers (Victoria pre-1988/98; WA pre-2004; NSW pre-2010), hoping their donor would do the same. They, and anyone conceived in Tasmania, Queensland, the Northern Territory, and the ACT (where there are no laws), may ask clinics for information.

However, this often proves fruitless. This is despite the National Health and Medical Research Council Guidelines recognising the entitlement to know about a person’s genetic heritage, prohibiting anonymous donation nationwide since 2005, and requiring clinics to engage in forums to encourage people to share information.

Some jurisdictions, however, did include provisions for access to information by offspring conceived both prospectively and retrospectively.

In Switzerland, laws passed in 2001 setting up a register of donor information for all future children also included a retrospective provision for children born before that date, requiring clinics to release information about donors to donor-conceived people upon request. (The difficulty, however, is that many records pre-2001 were destroyed.)

In the Netherlands, laws allowing for access to information for offspring conceived after 2004 required that all donors who donated prior to that date be asked to consent to the release of information. Where consent was given, information may also be released.

Laws introduced in 2005 in the United Kingdom banning anonymity allowed for people who donated between 1991 and 2005 to “re-register” to consent to the release of information.

Some Australian states have also made provisions for greater openness.

In 2008, Victoria enacted the only laws in the world that provide for an addendum to the birth certificate of donor-conceived people born after January 1, 2010, notifying them of further information held on the Registry of Births, Deaths and Marriages. The information is their donor-conceived status. The law intends to encourage parents to disclose early.

Further, following national, Victorian and NSW inquiries into donor conception practices, Victoria and NSW have moved towards laws that will increase access to information for some donor-conceived people.

On June 29, 2015, Victoria introduced laws giving all donor-conceived people born prior to 1998 the right to seek access to information about their donors, subject to consent of the donor (donors are also able to seek their offspring). This right had only existed for those born between 1988 and 1998 before.

In NSW, work is ongoing to see similar changes put into effect for pre-2010 offspring.

However, if consent is not forthcoming, information will continue to be denied.

Many have argued for the full release of information to all donor-conceived people. This would allow the information to be released, while permitting donors to protect their privacy by placing a “contact veto”. In 2012, the Victoria Law Reform Committee accepted this suggestion, and made unanimous recommendations to change the law.

Further changes are now afoot in Victoria. While the then-Liberal government took the step to introduce the laws permitting information release subject to the donor’s consent, the new Labor government has pledged to follow through on the Law Reform Committee’s recommendations.

A discussion paper released on the same day the “consent first” laws came into effect, outlines the Victorian government’s intention to provide information subject to the donor being able to express their “contact preference” (email, telephone, letter, or none).

Failure to respect the contact preference may result in fines up to A$9,000. Balancing the rights and interests of all is key.

Many donor-conceived people continue to fight for openness and information. Donors and recipients also want to share information.

Their voices are making a difference. If proposed Victorian laws are enacted, they will be a world-first for donor-conception, giving access to information regardless of when a person was conceived, while allowing contact preferences to be expressed. They will mirror rights long since given to other disenfranchised people seeking information about their biological heritage, such as adoptees.

Further debate will surely follow, and such laws may prompt other jurisdictions to ensure donor-conceived people have access to donor information.

This article was originally published on The Conversation.
Read the original article. 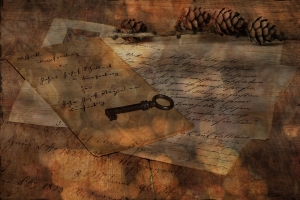