Meredith Blake discusses the decision in Carter v Canada. She illustrates how human rights law is being applied contextually and considers the reasons for the decision, which found that a blanket ban on assisted suicide breached section 7 of the Canadian Charter of Human Rights.

‘I live in apprehension that my death will be slow, difficult, unpleasant, painful and inconsistent with the values and principles I have tried to live by.’

The above quoted words are those of Gloria Taylor, a Canadian woman suffering from amyotrophic lateral sclerosis (ALS), a fatal disease which causes progressive muscle deterioration, resulting in the loss of the ability to swallow, speak and breathe. Gloria Taylor wanted to be helped to die when she felt her quality of life had deteriorated to the point at which she no longer wanted to live. She petitioned the British Columbia Supreme Court seeking a ruling that the offence of assisting suicide under the Canadian Criminal Code was unconstitutional on the basis that it infringed her rights under the Canadian Charter of Rights of Freedoms, specifically the right to life, liberty and security of persons under section 7, and the right to equal treatment under section 15.

Gloria Taylor had passed away by the time the Supreme Court of Canada in Carter v Canada handed down its landmark ruling this week that the offence did indeed violate section 7 of the Charter (and that as the section 7 violation was found the Court need not consider section 15). The Court also held that although section 1 of the Charter allows the legislature to limit individual rights in certain circumstances, the law providing a blanket prohibition on assisted suicide was not justified as there were less harmful means of protecting vulnerable people’s right to life.

There is no doubt that the effects of the decision will be felt by many across Canada and the globe. The reasoning behind the decision provides an insight into the way in which human rights law can be used contextually; some of the observations of the court provide pause for thought about the wider implications of the judgment.

The Supreme Court decided that the offence of assisting or abetting a person to commit suicide was an unjustified violation of section 7 of the Charter insofar as it affected a competent person who is the victim of a grievous and irremediable medical condition (including an illness, disease or disability) seeking to obtain physician assistance in bringing about his or her death.

Twenty one years ago the same court heard a similar complaint from Sue Rodriguez, in Rodriguez v British Columbia, 1 but, by a bare majority of 4/3 came to a different conclusion. Beverley McLachlin J (as she then was) had been the strongest of the dissenters in that case. As the present Chief Justice, she presided over the Carter appeal, in which the court found that the trial judge was justified in departing from the Rodriquez decision on the basis of two factors. First, the increasing, if gradual, acceptance of physician assisted death; second, the principles of overbreadth and gross disproportionality, key to the interpretation of the Charter, had developed considerably since that earlier decision. The decision is therefore a reflection of both the impact of societal change, and developments in human rights’ jurisprudence.

The most emphatic aspect of the judgment was the clear assertion that the petitioners’ interests of liberty and security of the person protected under section 7 were interfered with by the criminal prohibition in the circumstances. Section 7 was interpreted, in line with a growing line of authority from Canada, the US and the European Convention on Human Rights on comparable protections of personal autonomy, as being centrally concerned with the protection of personal choices about a person’s quality of life, including the dying process. The court observed that:

‘An individual’s response to a grievous and irremediable medical condition is a matter critical to their dignity and autonomy. The law allows people in this situation to request palliative sedation, refuse artificial nutrition and hydration, or request the removal of life-sustaining medical equipment, but denies them the right to request a physician’s assistance in dying. This interferes with their ability to make decisions concerning their bodily integrity and medical care and their trenches on liberty. And by leaving people like Ms Taylor to endure intolerable suffering, it impinges on their security of person.’

In reaching its conclusion the Court, first examined whether such an interference with the claimant’s rights was in violation of the principles of ‘fundamental justice’. It noted that while the Court has recognized a number of principles of fundamental justice, three have emerged as central in the recent sectio 7  jurisprudence being that laws that impinge on life, liberty or security of the person must not be arbitrary, overbroad, or have consequences that are grossly disproportionate to their object.

The issue of whether the law was arbitrary:

The Court held that the law did not arbitrarily deprive individual rights in that it protected vulnerable persons from being induced to commit suicide at a time of weakness, and a total ban on assisted suicide clearly helps achieve this object.

The issue of whether the law was overbroad:

The prohibition was found to be overbroad in that it catches people outside the class of protected persons by limitation. That is, it impinges upon the rights of individuals in at least some cases not connected to the objective of protecting vulnerable people.

The issue of whether the law gave rise to consequences that were disproportionate to their object:

The Court held it was ‘unnecessary to decide whether the prohibition also violates the principle against gross disproportionality, in light of [their] conclusion that it is overbroad’. It nevertheless agreed with the trial judge that the law was severe in that it:

‘imposes unnecessary suffering on affected individuals, deprives them of the ability to determine what to do with their bodies and how those bodies will be treated, and may cause those affected to take their own lives sooner than they would were they able to obtain a physician’s assistance in dying.’

The court then moved to address Section 1 of the Charter, which allows the government to limit rights in certain 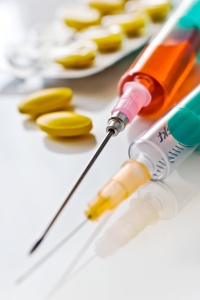 circumstances. Here the question was whether, even if the law was in breach of the fundamental principles of justice described above, it was still valid (in that it was justified because it meets a pressing and substantial object, and the means used are proportional to this object).

While the court found that there was a rational connection between the prohibition and its objective of protecting vulnerable people, there was a “less harmful means of meeting the objective”. That is, based on the evidence referred to by the trial judge, the Supreme Court found that it was possible for the legislature to avoid a blanket ban on assisted suicide, by the introduction of safeguards to protect persons seeking assistance to die. In doing so it noted the trial judge’s findings that:

Two other observations of the Court merit noting, and may be the source of further court action. First, the trial judge had, on the question of the right to life (also protected by section 7) concluded that the ban on assisted suicide in fact represented a threat of death – this being the threat of death brought about by premature suicide (that is suicide attempted earlier than the person would have chosen because of the inevitable physical decline which would prevent them from taking this step later, at a time of their choosing). The Supreme Court did not engage with this point in any detail, although it saw no basis for interfering with it. It is suggested here that this interpretation is unnecessary, and the right to life is better confined to situations where there is an explicit and positive threat to life posed by state law.

Second the Supreme Court made some brief observations on jurisdiction over health care in Canada. While the criminal prohibition is a matter of federal law, it had been argued by the appellants that the matter at hand was an issue of health care, and therefore the ban interfered with the ‘protected core’ of provincial jurisdiction over health care. This argument was used in 2014 in Quebec to introduce amendments to legislation thereby permitting medical aid in dying. These are not yet in force, and may yet be the subject of challenge to the Supreme Court. In Carter the Court did not accept the appellant’s submission on jurisdictional immunity, ruling that health is an area of ‘concurrent jurisdiction’, suggesting that physician assisted dying may be the subject of both federal and provincial legislation. Canada may well now witness that challenge to the Quebec amendments.

It is important to note that the decision in Carter was made within the factual context of Gloria Taylor’s circumstances. The situation addressed was one in which a competent person consents to particular actions being taken as his or her ‘grievous and irremediable medical condition’ progresses to a point that is intolerable for that person. The focus was upon the integral values at stake, and upon human rights as integral to this most important question of the choice over the timing and manner of a person’s death. The decision indicates that the Canadian Supreme Court is willing to accept that a person may request assisted suicide in certain circumstances.

The Supreme Court therefore suspended the declaration of invalidity of the assisted suicide offence with the Charter for 12 months, with the expectation that Parliament will act on this ruling. As ever with the enduring ethical and legal debate over assisted dying, readers are advised to ‘watch this space’ for Canadian and global reaction to this decision.

Meredith Blake is an Associate Professor of Law, University of Western Australia. 2