Can the eggs/sperm of a deceased person be removed and used for ART?

Read more below to find out!

‘The facilitation of conception in circumstances where the child born will never know one of his or her genetic parents is, by analogy, a serious act of profound significance for the person born.’

Posthumous use of gametes occurs when a person dies and their surviving partner wishes to obtain and use their gametes (sperm or ova) to conceive a child. In Australia, it is important to refer to the law in each state/territory, and/or National Health and Medical Research Council, Ethical Guidelines on the Use of Assisted Reproductive Technology in Clinical and Medical Practice and Research (2017) (The NHMRC Ethical Guidelines), in order to determine whether the removal and or use of gametes after a person dies is permissible, and if so the circumstances in which this may occur.

Note the different views about the applicability of tissue and transplantation legislation to the posthumous removal of gametes!

Reading the law carefully is important!

Relevant information about the legislation in each state/territory is summarised below. 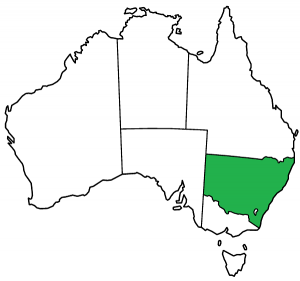 Provided consent of the deceased was given prior to death, and not revoked, the Human Tissue Act 1983 (NSW), permits removal of human tissue after death for transplantation or other therapeutic or medical use in another person. 1

Note that the New South Wales legislation does not specify that use must be by partner, and therefore includes posthumous use of gametes collected from a donor.

The legislation does not cover situations in which the deceased person did not consent to the use of his or her gametes prior to death.

In Re Edwards, 3 posthumous extraction of sperm from Mr Mark Edwards, who had died in a workplace accident, had been approved and the sperm stored at an IVF clinic. Subsequently, Mrs Edwards applied to the Court for the sperm to be released to her. R A Hulme J granted the application noting that the application was for ‘release’ of the sperm, and not for its use in NSW. It was acknowledged that Mrs Edwards would have to travel to another state or territory in which the use of such gametes was permissible. 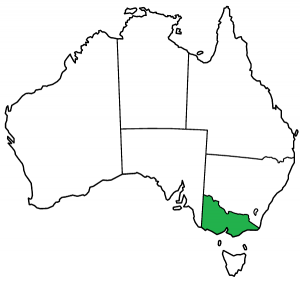 The Human Tissue Act 1982 (Vic) permits the removal of human tissue after death for transplantation or other therapeutic or medical use in another person – subject to written or oral consent. 4 (If consent is given orally it must be in front of two witnesses).

Note that Victoria is the only jurisdiction that explicitly provides for the posthumous use of gametes or embryos in a surrogate mother. 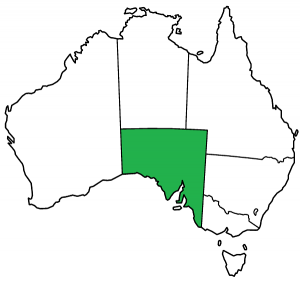 In South Australia, the Transplantation and Anatomy Act 1983 (SA) provides that a designated officer for a hospital may authorise the removal of tissue from the body of a person who has died in the hospital or whose dead body has been brought into the hospital:

(a) for the purpose of the transplantation of the tissue to the body of a living person; or

(b) for use of the tissue for other therapeutic purposes or for medical or scientific purposes. 6

There must be a reasonable belief that the deceased person had, during his lifetime, expressed the wish for, or consented to, the removal after his death of tissue from his body for the purpose or a use referred to above, and had not withdrawn the wish or revoked the consent. 7 If this condition is not satisfied, tissue may still be removed if there is no reason to believe the senior next of kin objects to the removal of such tissue, or the senior next of kin has given such consent. In addition, if the next of kin cannot be found, the designated officer may authorise the removal of tissue from the body of the deceased person.

Semen may be used posthumously provided that before the donor died his semen was collected or used to fertilise an ova or create an embryo and consent to use the semen was given. In such circumstances the semen may be used for a woman who was living with donor on a genuine domestic basis. 8

Note that the Assisted Reproductive Treatment Act 1988 (SA), does not include provisions for posthumous use of ova, or for the use of sperm collected after death without consent.

The NHMRC Ethical Guidelines are relevant, and are given some legislative force due to statutory registration requirements that require adherence to such guidelines. 9

In a recent case heard before the South Australian Supreme Court 10 a woman applied to use the sperm of her deceased husband. The Court required clarification of the issue of whether such use could be permitted. Communication by the Minister for Health and Ageing to the applicant,  however, confirmed the requirement for consent for posthumous use of the sperm, which could not be established in the particular case. The applicant subsequently applied for permission to remove the sperm of her deceased husband to the ACT where the sperm could be used, which was granted. 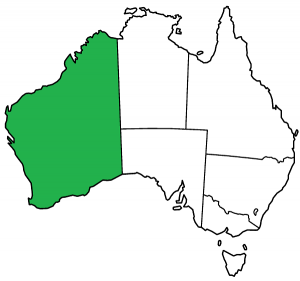 In Western Australia, section 22 of the Human Tissue and Transplant Act 1982 (WA) provides that a designated officer for a hospital may authorise the removal of tissue from the body of a person who has died

a) for the purpose of the transplantation of the tissue to the body of a living person; or

b) for use of the tissue for other therapeutic purposes or for medical or scientific purposes.

Use of sperm posthumously to conceive a child in Western Australia after death is however not permitted. While the Human Reproductive Technology Act 1991 (WA) requires that consent must have been given in writing by the person whose gametes are to be used, 11 directions given by the Commissioner of Health do not allow a licence holder to knowingly use or authorise the use of gametes in an artificial fertilisation procedure after the death of the gamete provider. 12 A person wishing to use the gametes of a deceased person would therefore have to apply for a court order to remove them interstate to a jurisdiction in which their use is permissible. 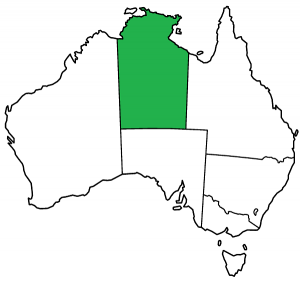 In the Northern Territory, the Transplantation and Anatomy Act 2014 (NT) permits the removal of tissue posthumously upon the following terms. A designated officer may authorise such removal 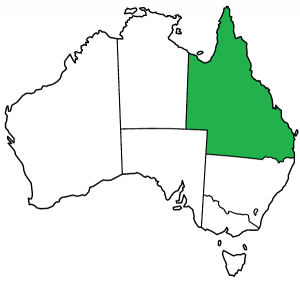 In Queensland, the Transplantation and Anatomy Act 1979 (Qld) permits the removal of tissue (including spermatozoa and ova), provided a designated officer has no reason to believe that the deceased person had expressed an objection to the removal after death of tissue from his or her body. The officer must also establish that the senior available next of kin consents to the removal of tissue from the body of the deceased person for the purposes of transplantation into the body of a living person; or use of the tissue for other therapeutic purposes or for other medical or scientific purposes. 14

However, that the Transplantation and Anatomy Act applies to posthumous removal of sperm for ART was denied in re Gray [2001]. Subsequently, in Re Denman [2004], which declined to follow re Gray, it was held the Supreme Court had jurisdiction to permit the posthumous collection of gametes. More recently in the 2018 case of Cresswell Brown J considered that the Transplantation Act applied to the removal of the sperm. Her Honour also noted in that case that she did not  agree  with  a Queensland  government document  “Guidelines  for  removal  of  sperm  from  deceased  persons  for  IVF:  consent, authorisation and role of IVF organisations” which provides that a court order for removal is necessarily required for such removal to occur.

In Cresswell, Brown J granted an application for the storage and posthumous use of sperm pursuant to a line of authority that has developed in Australia and the UK that the applicant had a right to possession.

Where the use is permitted, practitioners may also be guided by the NHMRC Ethical Guidelines. 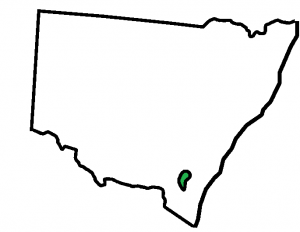 The Transplantation and Anatomy Act 1978 (ACT)  permits the removal of tissue after a person’s death provided the deceased person during their lifetime expressed the wish for, or consented to, such removal, and the senior available next of kin does not object to such removal for the purposes of transplantation into the body of a living person; or use of the tissue for other therapeutic purposes or for other medical or scientific purposes. 15 There are no specific laws governing ART in the ACT, and therefore no legislation regarding the posthumous use of gametes. It is known that people travel to the ACT to seek treatment when they have been unable to use gametes removed post humously in their own state. 16 Clinics in the ACT have advised that, in order for use to be permitted, there would need to be material providing a prima facie case that the applicant and the deceased were planning a family together. 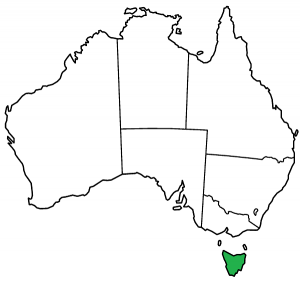 In Tasmania, the Human Tissue Act 1985  allows for the removal of tissue from a deceased person provided that the person consented to, or expressed a wish for, such removal for the purpose of the transplantation of the tissue to the body of a living person or use for other therapeutic, medical or scientific purposes. 17 The consent must not have been revoked. The senior next of kin may also be able to give such consent in writing provided that the deceased had not expressed objection to such removal when alive or had not revoked any previous consent and that no objection has been made by other next of kin. 18

Again, Tasmania does not have specific legislation governing ART, or the posthumous use of sperm. The NHMRC Ethical Guidelines would be relevant, as may be seeking Court approval if written consent was absent.

Recall that the NHMRC Ethical Guidelines are relevant to the practice of ART across Australia.

They provide guidance on what is considered ethically accepted in ART.

UNLESS a number of conditions have been met.
Read more below!

All clinics that practice ART in Australia must adhere to the NHMRC Ethical Guidelines.

The NHMRC Ethical Guidelines state that where permitted by law, clinics may facilitate the posthumous use of stored gametes or embryos to achieve pregnancy, if:

Note: The NHMRC Ethical Guidelines do not have the strength of law. 19 However, their effect is strengthened via accreditation processes (i.e. via RTAC) that require adherence to the guidelines. (See section on ART clinic oversight)